Remembering Democracy: A Reflection on an African Tradition 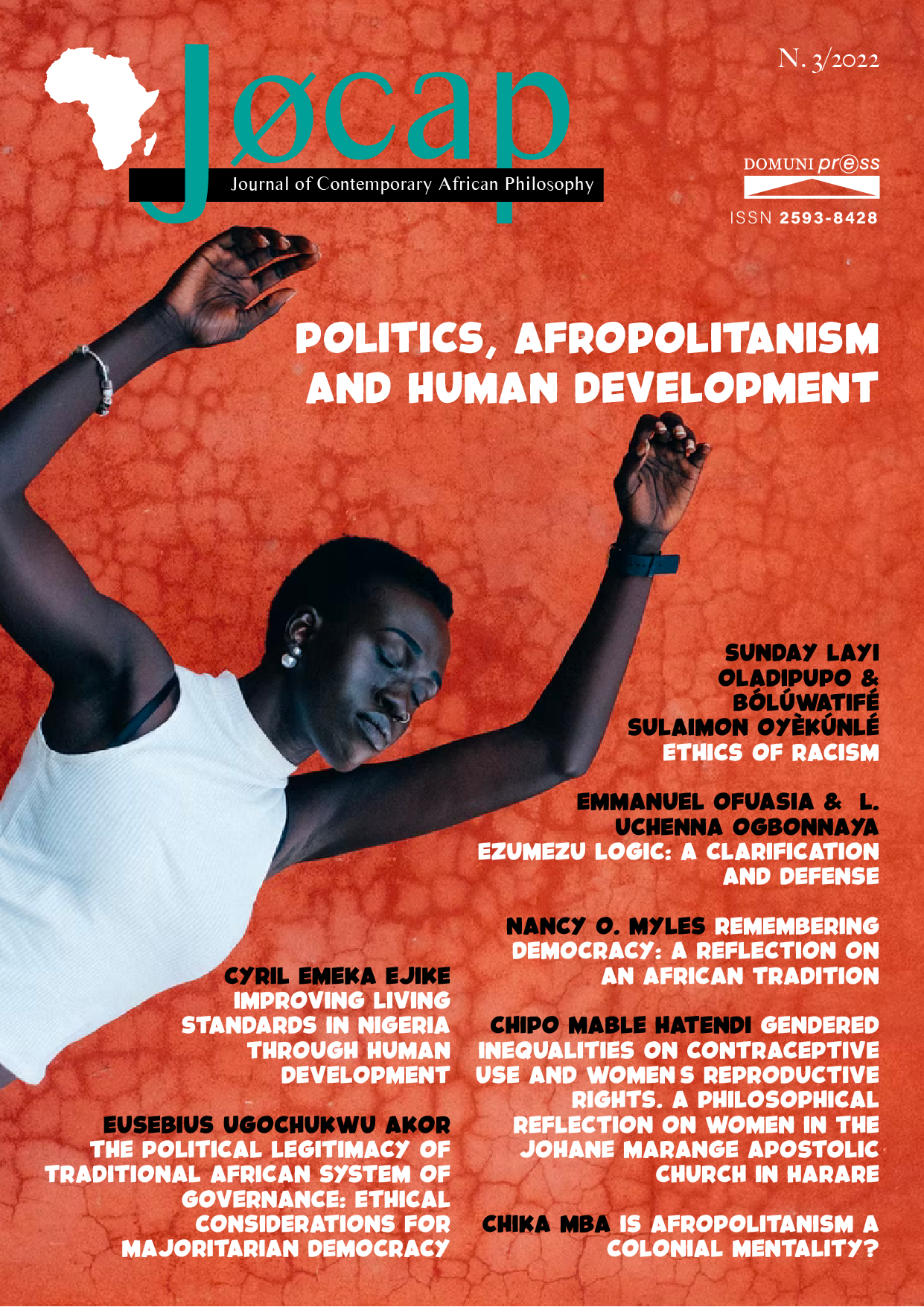 In this paper, I look at traditional African socio-political system in contrast with the colonial legacy of democracy as a system of governance and prescribe conceptual decolonization as a response to many of the varied challenges of politics in Africa today. I reference authorities in traditional African thought to echo the need for a critical return to the past. The view I defend here is that a critical return to the principles of humanism, communality and consensus pursuit, evolved in the traditional African setting by the African herself, would make the practice of democracy better in contemporary Africa given its multinational character and history of prolonged colonial impact. Adopting both a descriptive and normative approach and the tool of conceptual analysis leading to conceptual innovation, I present a philosophical yet accessible case for reconceptualizing Africa, its peoples, its identities and more emphatically, its politics to give meaning to democracy as ‘the-people-centred’ rule.